Milk: Does it do your child’s body good?

Milk is a $20-some billion industry.  Millions of dollars are spent by dairy producers and processors to advertise milk through such campaigns as Got Milk? and Milk: It does a body good.  What, however, has been the human cost of making milk into big money?

People ask me all of the time whether they should feed their kids milk.   And I always splutter and blush when they do and my initial response is: “I don’t know!?”  I have a strange relationship with milk at best: I was vegan for a few years and then only drank raw milk for a few years.  Now, I would describe my attitude as a “Know your cow first!” one.

When considering dairy and just how much or if to feed it to my child, I start with the USDA. The USDA tells us we should get 2-3 cups of milk or equivalent dairy every day.  They also tell us that feeding children milk laced with artificial growth hormones (like rBGH) is okay, despite significant evidence to the contrary.

Some doctors say milk is bad for the health
The Physicians Committee for Responsible Medicine (PCRM) says this:  “Milk and dairy products are not necessary in the diet and can, in fact, be harmful to health.”  The group sites evidence linking milk consumption in babies to everything from iron deficiency and chronic constipation to food allergies and type 1 diabetes. In adults they show links between milk consumption and prostate, cervical, and breast cancers; cardiovascular disease; as well as ill effects, such as to the reproductive systems, from possible environmental contaminants.

What about all the reasons we feed our children milk, like building strong bones and getting Vitamin D?  The PCRM  takes these reasons on one at a time saying, first, that clinical research suggests milk has little or no benefit for bones.  Exercise does more for bone density. For Vitamin D, the group says that other sources are better and sunlight is one of the best and free: 5 to 15 minutes of exposure on the arms and legs a day is enough. (Darker skin tones need more than fairer skin tones.) Less milk and more time playing outdoors might be the moral here.

Do the supposed problems with milk still exist if the milk is organic, raw, non-homogenized? It is hard to know how much of the recent “milk is bad” research is about what milk has become versus what milk can be if it is closer to how we used to drink it–straight from the cow.  Organic, non-homogenized, and raw are three separate issues, all of which some people think make milk magically transform from bad to good.

If  milk isn’t certified organic than it can contain artificial growth hormone, such as rBGH. Artificial growth hormones, which can have a variety of names and acronyms, is banned in the EU, Australia, Japan, and Canada, but despite a lack of long term studies of its effects and other studies suggesting a link to diseases such as cancer, it is still being used in the US.  rGBH was originally manufactured by Monsanto who recently sold manufacturing rights to Eli Lilly.

Besides growth hormones, non-organic milk might contain trace amounts of antibiotics, pesticides, dioxin, and even PCBs, all by-products of factory farming where the cows are routinely sick and thus in need of antibiotics and regularly fed hay and grains not intended for their digestion, much of it contaminated by pesticides.

Pastured, organically raised cows produce milk that has significantly more vitamins and antioxidants according to some studies. Though milk labeled organic is guaranteed free of artificial growth hormones, it does not guarantee that the cow was pastured (allowed to eat primarily the grass and clover that is natural and healthy for cows).  The cow might have just been fed primarily organic grain and corn.  (The study linked above looks at pastured cows.)

Non-homogenized milk has the cream layer separate from the lower-fat layer and is considered by some to be healthier for the body.  Milk that has been processed, or homogenized, has had the fat emulsified to make the consistency uniform. Homogenized milk is accused of being more likely to be associated with cancer, heart disease, and inflammation. It is thought to differ from non-homogenized milk in the body because the milk particles are smaller and thus absorbed directly into the blood stream.  Fingers point at Xanthine Oxidase (XO) which is a large enzyme attached to the fat globules of milk.  After homogenization, the milk fat is easily absorbed and the “attached XO gains greater access to the bloodstream.”  Homogenized milk has even been accused of being more likely to carry harmful environmental contaminants into the blood stream.

Although pretty much every U.S. government department with a say on these things is against it, raw milk is once again becoming popular. Raw milk, however, is prohibited for sale in many states where it is only available through underground buying cooperatives, straight from the farm, or for “animal consumption only.” Raw milk is milk that hasn’t been pasteurized.  The argument against pasteurization (the extended heating of milk at high temperatures) as put by the Campaign for Real Milk is: “Pasteurization destroys enzymes, diminishes vitamin content, denatures fragile milk proteins, destroys vitamins C, B12 and B6, kills beneficial bacteria, promotes pathogens and is associated with allergies, increased tooth decay, colic in infants, growth problems in children, osteoporosis, arthritis, heart disease and cancer. Calves fed pasteurized milk do poorly and many die before maturity.”

Pasteurization, however, is considered necessary as part of industrial milk production. Cows raised on grain and corn, fed hormones, and artificially confined are likely to produce contaminated milk.  Pasteurization also makes the milk last much longer on the store shelves.  Pasteurization is used as a safety-net, or mask real milk advocates would say, for a system that often produces contamination.  If a person is drinking raw milk, it should always be obtained from a source providing organic, pasture conditions for their cows so as to minimize chances for contamination.

The skinny
What is a parent to do?  It can be awfully hard to go against millions of dollars of peer pressure.  “Just do it!” all those milk-mustached moms are saying.

In my household it is easy.  We are lucky.  We don’t drink much milk and when we do drink it we are able to afford really good milk (and yes it costs more, about double conventional milk).  We get milk from cows that are pastured, local, and organic. It comes the old-fashioned way with the cream on top
.  I consider organic dairy the base-line, not the goal.

Yet, I keep coming back to the same dilemma: if a person is too poor to afford really good milk, then is it better for them to get the free milk offered at school or the cheaper stuff in the store (which is not organic, not raw, and definitely homogenized) or to just skip it? Is the good stuff in milk (the vitamins and minerals) good enough to withstand the bads of added growth hormones, pesticide residues, possible links to allergies and diabetes?  After looking at the information, I don’t think so.  Which of course makes me want to make a lot of disclaimers, like: my opinions is just that, I’m not a nutritionist or a doctor. And: speak to a nutritionist before radically changing your own diet, and, most important, this does NOT mean that giving a child soda pop, juice, or, even, soymilk is healthier.

One response to “Milk: Does it do your child’s body good?” 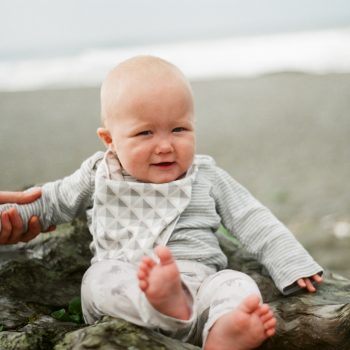 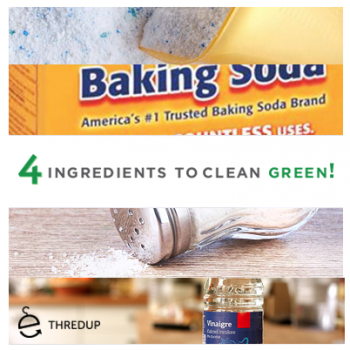 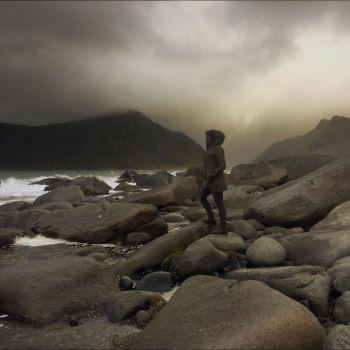